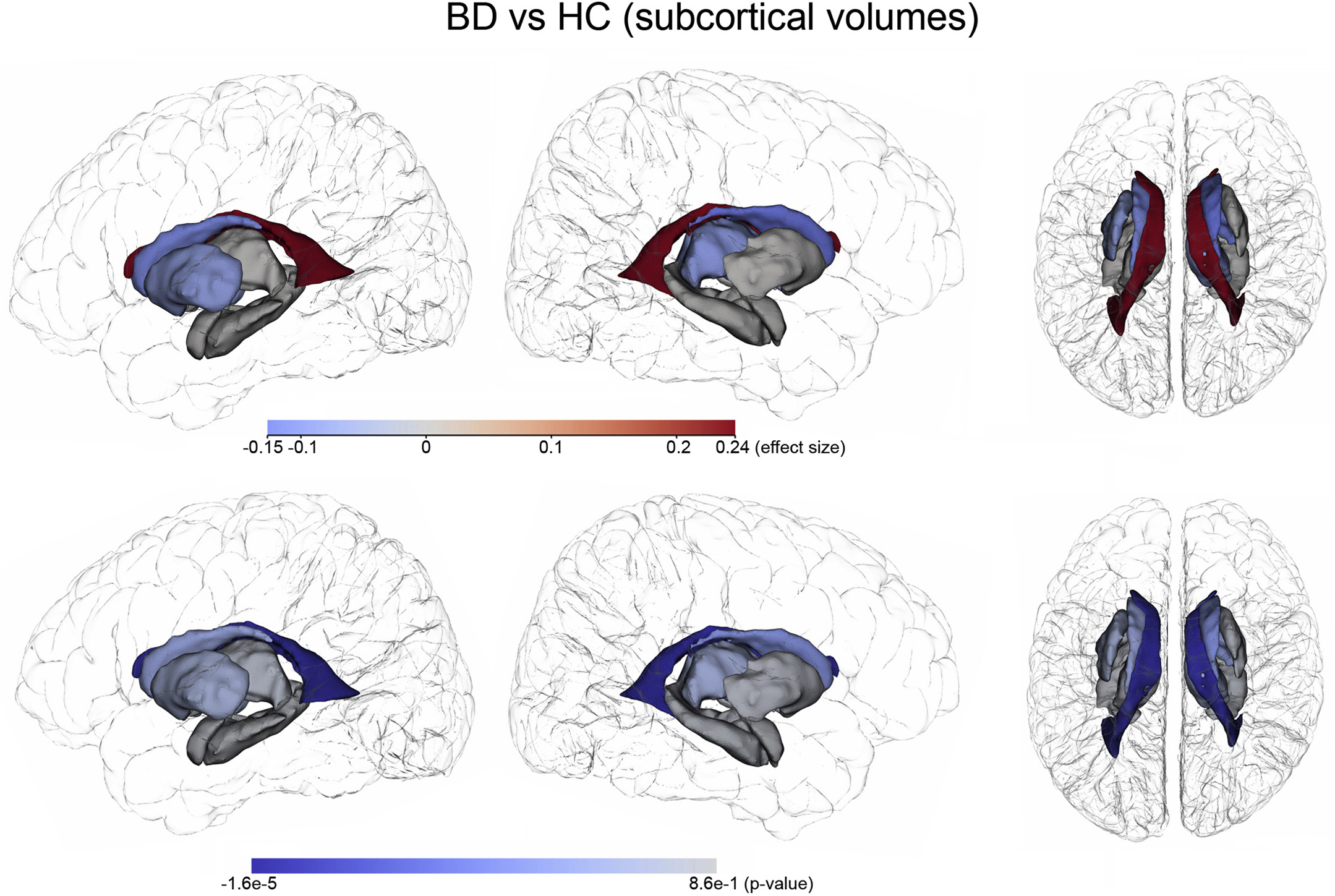 When it comes to mental health specifically, society at large still tends to disembody afflictions of the brain. Common phrasing such as “it’s all in your head” suggests a false separation between mind and body – between the structure of the brain and how it creates our thoughts, behaviors, and overall physical health. Yet, through advances in the field of neuroimaging, we are gaining a better understanding of how brain abnormalities lead to major psychiatric illnesses.

Bipolar disorder (BD) is a serious mental health disorder characterized by disruptive recurrences of mania and depression that may last for weeks, months or even years. Researchers have long suspected that BD may involve subtle abnormalities in brain structure that lead to the debilitating symptoms of the disorder. Small cross-sectional (single visit) brain imaging studies of people with BD have supported this, but interpreting data collected from a single snapshot in time can only reveal so much.

Now, a multi-center longitudinal study formed by the ENIGMA Bipolar Disorder Working Group (ENIGMA-BD) shows abnormal changes over time in the brains of people with BD. In 2012, ENIGMA-BD formed a large collaborative neuroimaging team combining existing research samples from around the world to advance understanding of the brain mechanisms underlying BD. In this latest study, USC researchers along with researchers from the University of Gothenburg, gathered magnetic resonance imaging (MRI) and detailed clinical data from 307 people with BD and from 925 healthy controls (HC) from 14 clinical sites worldwide. Participants were assessed at two occurrences, ranging from six months to nine years apart.

“The goal of the ENIGMA Bipolar Disorder Working Group is to bring researchers together from around the world so that we can combine existing data samples and really improve our power to detect the subtle brain alterations associated with this illness. While we have learned a great deal about how the brain is altered in bipolar disorder, very few large-scale studies have attempted to map the progressive neuroanatomical changes in this illness over time,” says Paul M. Thompson, PhD, of the Keck School’s USC Mark and Mary Stevens Neuroimaging and Informatics Institute (USC INI).

“In this first longitudinal study from our ENIGMA-BD team, and the largest study of its kind ever conducted, we map the subtle alterations in brain trajectories in those with BD over time and find that those who experience a greater number of manic episodes may show faster rates of frontal cortical thinning over time,” notes Christopher R. K. Ching, PhD, a postdoctoral fellow working with Thompson.

While this work provides important new clues about the structural efforts of BD on the brain over time, it also emphasizes the importance of longitudinal studies and large, diverse research cohorts. “This study exemplifies why the work at the USC INI is so essential,” says INI Director Arthur W. Toga, PhD. “Our innovative imaging and information technologies and our commitment to sharing data and resources allows us to be particularly supportive of large-scale studies. Our research does not exist in isolation, and we take great pride in what we have to share and gain from our peers in the scientific community.”

This research was supported by the National Institutes of Health and by many private and public funding agencies worldwide. The full paper can be access here.