MLS is an algorithm and application for skull-stripping magnetic resonance. 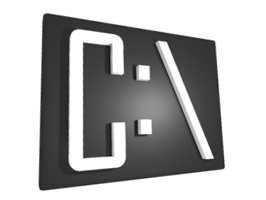 MLS aims at segmenting brain tissue from non-brain tissue in magnetic resonance (MR) images. The process is also referred to as skull-stripping and is an important image processing step in many neuroimage studies. MLS is derived from level set methods. IN MLS, the zero level set contour is controlled by two forces: one is determined by the mean curvature of the evolving contour and the other is designed to model the intensity characteristics of the cortex in MR images. The combination of these forces pushes and pulls the zero level set contour toward the brain surface.

You can install the MLS in any directory. Simply unzip MLS_Release.zip file. Then please refer to README_HOWTO.txt for appropriate script to run MLS.

1) In a shell or command prompt window, go to the MLS_Release directory where the MLS-Release.zip file has been expanded. 2) The remainder of this tutorial uses an image called mriTest.mnc in a directory called img. Please substitute the appropriate path to the files you want to skull-strip. 3) To run mlsSkullStrip, type: (For Unix shells) java -Xmx500M -classpath ./bin/mlsSkullStrip.jar:./plugins/AnalyzePlugin_200401.jar:./plugins/MincPlugin_200504.jar mlsSkullStrip.MLS_SkullStrip -i ./img/mriTest.img -b ./img/mriTest-deskull.img -v 0.05 (For Windows Command Prompts) java -Xmx500M -classpath .binmlsSkullStrip.jar;.pluginsAnalyzePlugin_200401.jar;.pluginsMincPlugin_200504.jar mlsSkullStrip.MLS_SkullStrip -i .imgmriTest.img -b .imgmriTest-deskull.img -v 0.05